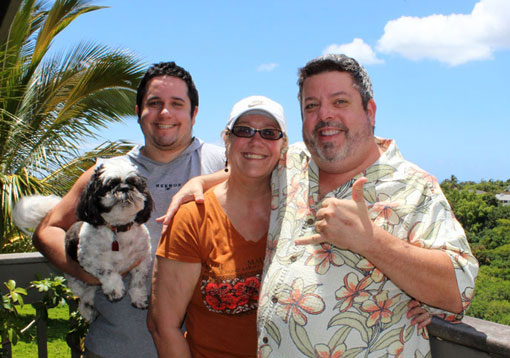 Chuck Lasker has been been married to his wife, Sharon, since 1982. They have two adult sons, Brad and David. Brad is a chef, and David is a programmer. Their third “child” is their Shih Tzu, Petey. Chuck grew up on Long Island, New York, and lived in Indiana from 1985 to 2010, then on the island of Kauai, Hawaii, for 9 years. In 2019 he and his family moved to Cornelius, North Carolina, to be closer to family.

Chuck spent six years as an electrical engineer, working for Texas Instruments, the Naval Avionics Center (with a Secret Clearance) and Delco Electronics. Realizing his passion was more in marketing and business, he jumped into marketing. For 9 years he was Vice President of Operations and Marketing for a national health products company. In early 2003, Chuck left the corporate world and became a full time independent marketing consultant, focusing on helping businesses and nonprofits with their online marketing. Chuck is a writer, trainer, public speaker, social media addict, consultant, and the official video tutorial creator for several companies. Chuck has spoken nationally on ecommerce, affiliate marketing and social media. As a writer, Chuck has been published in Practical eCommerce Magazine, Website Magazine, The Huffington Post, Kauai Family Magazine, The Garden Island Newspaper, and more.

FIND CHUCK ON THE WEB

Chuck Lasker on Brand Yourself